Earlier this month at GenCon in Indianapolis, Rio Grande Games held another world championship tournament for Dominion. This was the tournament I won last year, and even though I didn’t compete this year I attended the final round for 9 players this year. I watched the finals unfold and eventually the winner was crowned. 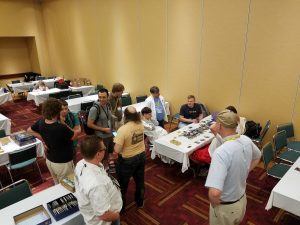 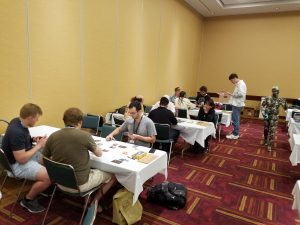 The Dominion world champion for 2018 was the Mexican champion, Marlon. 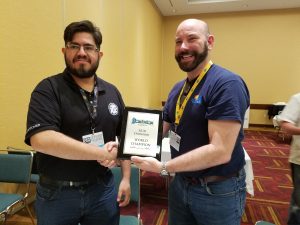 I don’t have all of the details for the tournament, but the round of nine came down to a tiebreaker game between two people. The two of them agreed to split the prize money after the tournament was over (which happened successfully) but had to play for the title of world champion. 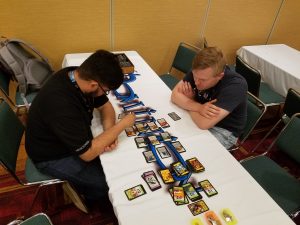 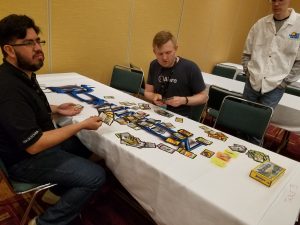 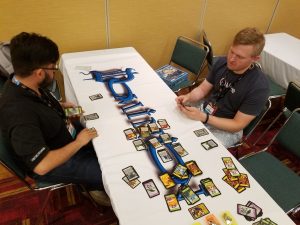 The kingdoms used for the tournament were all recommended sets. The kingdom used for the finals used cards from the Intrigue and Prosperity expansions:

I was able to get a couple of interviews with the participants. The first one was after the first game had finished with the three people who played in the game. The second interview was with Ryan, the one who made the final tiebreaker game but lost.